The tiki torches not only brighten up your surroundings but also protect you from mosquitoes whenever you are enjoying an outdoor party.

But what if suddenly rain arrives to ruin your outdoor party? Somehow you will be able to take shelter in a dry place but can you leave tiki torches in the rain? Well, in this article we will find out the answer to this question.

Can tiki torches be left outside in the rain?

You can certainly leave the tiki torches outside in the rain as long as you cover the wick because as long as the wick is dry you will be able to light up the torch again. But you can leave solar-powered tiki torches in the rain for a long time as their only source of power is the sun.

The tiki torches can be a great feature if you want to go an extra level to the decoration of your party.

Well, it usually depends on the type of tiki torches whether they can survive under the rain or not. Most of the tiki torches are made of wood or bamboo, therefore, they cannot survive for long in the rain.

However, if the wick of the tiki torches is tightly covered then it will be easy for you to light up the torch again.

Therefore, bamboo-made tiki torches are not recommended to use in rainy weather.

Also, there is a high chance that the glass of tiki torches will get shattered if it isn’t able to stand in a windy storm. But it will not get wet until the rain gets heavier.

Because the solar-powered torches’ only power source is the sun.

Do tiki torches work in the rain?

That is why the wick of the bamboo-made tiki torches gets wet and eventually, the torch doesn’t work.

The metal-made tiki torches don’t get wet in the downpour let alone in the rain. The metal-made torches are made sturdy so that they can withstand windy weather or even storms.

What happens when you leave tiki torches in the rain?

The flame on the tiki torch basically comes from the wick. Therefore, it is important to keep the wick dry. If somehow the rainwater gets into the torch it will wet the wick and the flame will be extinguished.

Due to the wet wick, the flame may not be lightened up again.

Also, in the case of glass-made tiki torches, the glass may break down in the windy storm which may cause a leak in the fuel tank.

In the case of solar tiki torches, due to heavy rainfall it will not be able to charge up. As the only power source that it gets is from the sun. Therefore, those who buy solar-powered tiki torches regularly face this kind of problem.

How do you keep tiki torches lit in the rain?

Well, keeping your tiki torches lit in the rain is very easy and simple. You have to start with focusing on the material that the tiki torches are made of to properly cover the wick of the tiki torch. The steps are described below:

In the case of metal-made tiki torches, it is completely different because they are made in such a sturdy way that the rainwater cannot get inside the torch.

If your tiki torch is made of bamboo then one of the simple steps you can follow in order to light your torch is by simply covering it with rain cover. This cover will obstruct the rain perfectly from getting inside into the torch. 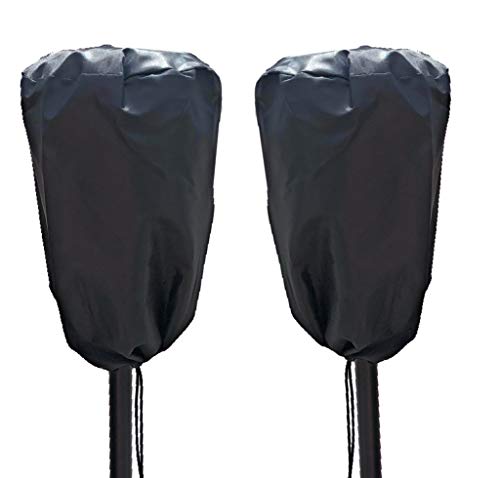 One of the innovative plans is to go for removable or transportable tiki torches. Because this type of tiki torches can be removed from its place in a matter of seconds.

Therefore, whenever the rain starts, you can quickly uninstall the tiki torches and bring them to dry places.

How do you cover tiki torches in the rain?

Plastic covers are one of the best covers in order to cover your tiki torch and save it from the rain. As the plastic bags are completely rainproof and they are easy to set, therefore you can certainly go for the plastic covers.

We are a participant in the Amazon Services LLC Associates Program, an affiliate advertising program designed to provide a means for us to earn fees by linking to Amazon.com and affiliated sites.